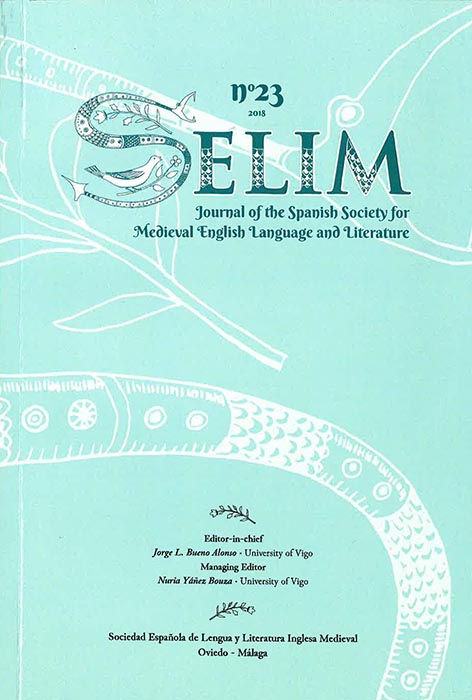 The religious life of western Europe around 1200 saw a remarkable re-orientation towards greater emphasis on moral instruction of the laity, especially, following the decisions of the Fourth Lateran Council (1215) and the spread of the mendicant orders from the 1220s onwards (d’Avray 1985: 13–16). It was now obligatory that the Christians of both sexes confessed their sins and received the Communion at least once a year (Jones 2011: 2–3). Obliged to preach, instruct, receive confessions, and perform other spiritual ministrations in the vernacular, the clergy had to approach these tasks with an arsenal of English religious terminology that could name and explain the persons of the Trinity, the main points of the Creed, the seven deadly sins, the sacraments, the Ten Commandments, the formulas used in confession and baptism, and so on. In one of the key subdomains of the religious lexis —terminology for vices and virtues— a peculiar division of vocabulary along etymological lines was taking shape: English-based lexemes were used to denote sins (greediness, lust, sloth, wrath), whereas lexemes to denote virtues were predominantly French in origin (charity, chastity, diligence, humility, patience, temperance). Whether these distributions have a sociolinguistic dimension is addressed in this paper. In particular, I aim at establishing the patterns that have determined survival and loss of old (English) lexemes and adoption of new (French) ones. I take into account frequencies of individual Old English terms (if available) in the Dictionary of Old English Web Corpus (DOEC) and track geographic distributions of old and new terms in early Middle English, by means of A Linguistic Atlas of Early Middle English (LAEME) mapping function. As in my previous study (Timofeeva 2018), lexical change in the religious domain is reconstructed against the social changes within the church, such as the new ways of pastoral instruction and preaching, by examining the specificity of social networks within the clergy and between the clergy and secular communities.